Abhinaya Society in collaboration with Directorate of Cultural Affairs, Assam, presented the 7th Parampara Festival of Music and Dance on the 22nd and 23rd of May at Rabindra Bhawan, Guwahati, amidst great fanfare. The festival was a part of Abhinaya Society’s endeavour to build bridges between artists and audience.

Kuchipudi performer Vyjayanthi Kashi performed “Deham Devalaya Proktam” in raga Megh Malhar, which reminded one of the rains. The topic was inspired by the Gayatri Mantra chantings, the concept of the chakras and the rules that guide the opening number of Kuchipudi called ‘Poorvaranga.’ The choreography of the piece naturally stressed on spiritualism, which infused the dancers as well through a kaleidoscopic rhythm pattern. Every movement of ‘anga’, ‘pratyanga’ and body language of the performers mesmerized the audience, who basked in ‘adhyatmik bhava’ causing positive energy to flow all around. Physical form and life of human beings were explained in the language of dance. Fire was shown as the symbol of courage, air as the symbol of compassion that emanates from the chest and lungs, while the area of the throat is the symbol of space. Above the eyebrow level, ideas are converted into symbols. Intellect is the third eye that thinks and understands. Blissful, enlightenment is truth. Physical movements are verily manifestations of Gouri. Speech and all forms of music are manifestations of Saraswati, costumes are manifestations of Mahalakshmi. Aatman, the auspicious one, manifests satvika abhinaya. All movements of the right side of Shiva’s body are verily the manifestations of tandava and all the movements of the left side of the body are manifestations of lasya of Gouri. Sprouting of rasa is Virinchi, the creator, continuation of rasa is Vishnu, the protector and culmination of rasa is Mahesha, the destroyer of ahankar. Dance itself is the manifestation of the divine srishti-sthiti and laya – the divine game of creation, sustenance and destruction. Body is visualised as the temple where Jeeva the deity resides. The dance overladen with rich symbols was rendered in pristine style. An abhinaya piece revolving around inseparable Radha and Krishna innovatively and imaginatively depicted sringara rasa. Without Radha, Krishna is incomplete and without Krishna, Radha can never be Radha. The eternal love birds were depicted by Vyjayanthi and her daughter Prateeksha, showing the stuff bhakti is made of. The Tarangam “Pahi pahi jaganmohana Krishna” from the well-known Krishnaleela Tarangini by St. Narayana Teertha is a text that recounts the life and events of Lord Krishna. Various are the literary and musical forms found in it that has been judiciously and aesthetically mixed in the piece. The dancers used various pada karmas and dances on the rim of brass plates. The brass plate is the symbol of ‘Karmakanda’- one’s field of activity. And the dancer is a Karma Yogi, highly disciplined with deep knowledge brought out through intricate footwork. Dancing on the rim is indicative of the human possibilities of reaching beyond the limits. The sweet strains of raga Amritavarshini made it all the more captivating. The dancers were all praise for Krishna, the delight of Devaki and Vasudeva, Nanda and Yasodha, whose beautiful face is like the full moon, with teeth white as jasmine, curly locks of hair, gentle smile fascinating. The dancers addressed Krishna who made sweet sounds with his anklets while standing on the rim of the brass plate delightfully designing intricate rhythmic patterns in vigorous tandava style in the vocabulary of Kuchipudi. The dancer commented on the humbling effect Krishna’s dance causes in the devas. Mother and daughter rounded off their recital with the story of the hunch backed Kubja who gets back her former beauty with the blessings of Lord Krishna. It was quite a novel experience for the people in the North Eastern city of Guwahati to see Kuchipudi dance and enjoy its beauty. The accompanying artists were Yogesh Gangani and Dibyojyoti Changmai on tabla, Santosh Kumar Sinha on Kathak vocal, Kusha Mahanto on khol, Prasanta Rajkhowa for Sattriya dance vocal and Prasanna Baruah on flute. 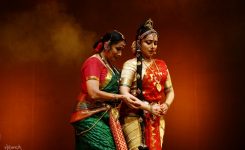 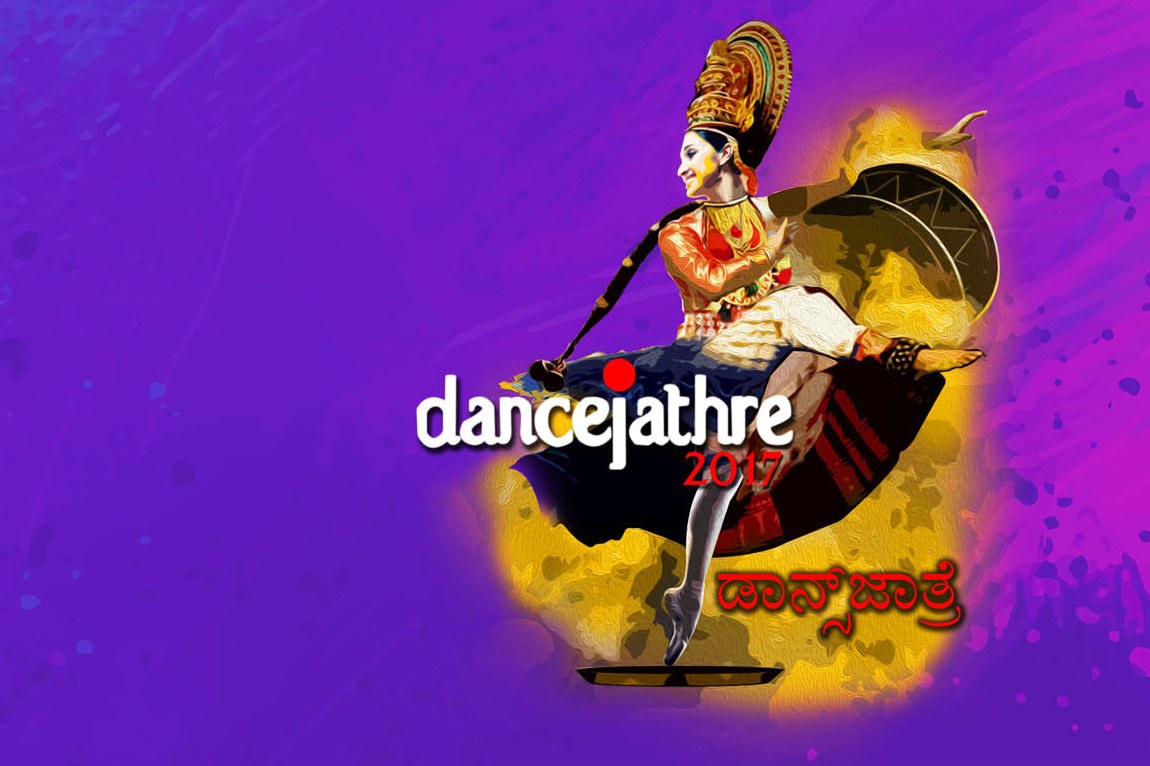